← Halftime in America: The power of story The Battle for Management’s Future Best Books for 2011 → 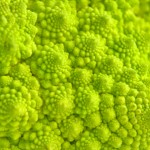 How does one develop senior people? The evidence is rather clear from sources as far apart as the Center for Creative Leadership (CCL) and the consultants, McKinsey. At CCL they have found that the best preparation for a senior role in any organization is experience. Certain kinds of experience work better than others. Challenging assignments, significant bosses and reversals of fortune – hardships – are the best teachers. Only the first two have to be planned…

McKinsey found from their 2003 survey of the top 200 executives in the U.S.’s 50 largest companies that classroom training, business school teaching and theoretical concepts didn’t feature very highly. What mattered most was job structure.  Coaching was helpful, but only in the context of good structure. Executives had to have both “head room” (authority and responsibility) and “elbow room” (scope and variety).

“Head room” and scope are ensured by a “mission-based” command structure that I outlined in my blog of February 14 (Command and Collaborate). “Elbow room” variety can be guaranteed by moves every two to three years and a diversity of challenges that take the manager out of his or her comfort zone. These might take the form of a trouble-shooting turnaround, opening up a new country market or getting a staff department into line.

The framework in The New Ecology of Leadership suggests that alternation between staff and line departments is particularly helpful, as the ability to influence others changes from direct authority to indirect persuasion. Variety in the scale of job is also important. Line jobs with lots of people reporting to you should be mixed up with a staff functions, for example, where you have only a few.

McKinsey’s survey results also threw light on what part significant bosses play.   They act as role models and give timely feedback on strengths and weaknesses. This doesn’t mean that the only significant bosses were good bosses. CCL found that bad bosses taught what not to do extremely effectively! Flawed bosses – ones with both great strengths and great weaknesses – were often the best teachers.

In my experience it can also be helpful to have twin bosses, with complementary strengths and corresponding weaknesses. I can remember working for one duo, where the one had a very clever, devious mind that sometimes bordered on criminal in its machinations. His partner was a straight arrow, knock-it-down, make-it-happen guy, whose job it was to keep the company on the up-and-up and his partner out of jail! They worked successfully together for years, until the straight arrow died of a sudden heart attack. Eighteen months later the devious one was hauled off by the authorities…

One of the most interesting development programs I have heard of, that seems to fit these requirements,was created long before we knew all about this. It is the 160-year old “habit” at The Economist of changing most of their journalists’ “beats” every three years. Chris Anderson, formerly with the magazine and now editor of Wired, wrote that the objective was always to have fresh eyes and be “foreign everywhere”, which would be a nice mantra for entrepreneurs of all stripes.

Andreas Kluth, currently West Coast correspondent for the magazine, expanded on the benefits of the practice.  In the first year, the apprehension of being on a new beat keeps you on edge, but your very newness means that your naïve, even bizarre questions are tolerated. Of course they are exactly the kinds of questions that are needed to bring out novel perspectives and new associations. In the second year everything is more familiar and you start to frame the situation with confidence with the new set of lenses that you have developed. In the third year you find yourself, very subtly, starting to become “captured” by the powers-that-be that you are assigned to cover. You forget about your readers and their interests because they are diffuse and faraway. The perks and privileges of hobnobbing with the local grandees become compelling. It’s time to move on…

The three-year cycle of a beat recapitulates in miniature the three ecological phases of the ecocycle, the central dynamic of The New Ecology of Leadership (complexity theorists would call it a fractal). The ecocycle tracks the trajectory of organizations as they are conceived in passion to be born in communities of trust and then grow through the logic that was acquired as they struggled to come up with new products and services. As they mature in power, the establishment captures them, usually with the investment community as its proxy.  The customers and their needs are gradually forgotten and indeed they may now be exploited as “marks”.

If the process of renewal is not initiated from within then, sooner or later, it will be imposed from without – by crisis…

One Response to Growing People: Give head and elbow room