← The Battle for Management’s Future Best Books for 2011 Ecological Rationality: Coming Soon to a Website Near You! → 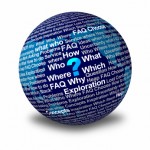 A World of Questions

A discussion topic posted early in 2011 on the LinkedIn Harvard Business Review Readers’ Group was “What is Key to Success?” What followed were over 600 comments from members all over the globe. I did a highly unscientific sampling and found about 25% from North America, 40% from India (reflecting, I suppose, the long association with England) and the rest from Europe and other countries. I didn’t see any from China.

While some questioned how to measure success and whether it could be pursued, almost all set out to answer the question and came back with the usual suspects: “focus”, “vision”, “passion”, “confidence”, “dedication”, “persistence” etc. etc. It was depressing. Not because these answers are “wrong”; on the contrary, they are “right”. The problem is that (like so much popular management advice) they are true-but-useless. More technically, they are abstractions made from observing “success” retrospectively, and as soon as one brings them into space and time prospectively, they give one no clue how to proceed. How do I/we  get focused, right here, right now? To what should I/we be dedicated, right here, right now? How? How do we tell persistence from obstinacy? And so on. The problem lies with the question:

I posted the following response:

“Fritz Roethlisberger, a very wise Harvard Business School Professor, gave a talk at the school over sixty years ago with the title “What is the secret of success?” He concluded quickly that it was a “silly, meaningless and unanswerable question”! 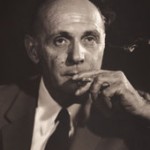 The problem is, he said, is that it encourages too many of us to think of the present time as a means and the future as some golden goal that we will eventually reach. As a result we never get to enjoy the present. The question we should be asking, he said is “What prevents me from learning here and now?”

“It should be obvious that growth and learning take place in the present. . . . The past is gone and the future is uncertain. . . . Some of you, I fear, tend to think of the present as a means and the future as an end. . . . What if I suggested to you that the future is the means and the present is the end? Would that sound too silly? Before throwing it out as absurd, however, let’s consider it for a moment. You can’t live in the past or the future, can you? And when the future comes, it is “present,” isn’t it? When a businessman (sic) retires at the age of sixty- five he doesn’t have the same organism he had when he was twenty. Isn’t it likely—or am I just dreaming—that he won’t be able to enjoy some of the things he thought he would enjoy at the age of twenty? Why is it then that so many of us feel we can’t settle down and enjoy the present until we achieve success? . . .

Are there not two different kinds of goals? . . . one kind which takes all meaning and significance out of the present, and . . . another kind of goal which makes the present more meaningful and significant. . . . By means of [the first kind] we make ourselves miserable in the present . . . we create a target just in order to shoot at it and we make ourselves miserable every time we fail to hit the bull’s-eye. . . .

In the case of the second kind of goal, we create the target to perfect our shooting here and now. This kind of goal works for us. It makes meaningful and significant the present. It facilitates growth, learning, the sense of adventure and exploration. In this frame of reference, hitting the bull’s-eye isn’t an end in itself. The bull’s-eye merely becomes a means for correcting the source of error here and now. Are not such goals treating the future as a means and the present as an end? If so, what are these goals which allow us to retain our zest for growth and learning and adaptation until the day we die? This [is the] question.”

In The New Ecology of Leadership I describe the learning goals that make the present meaningful and discuss the importance of good questions to getting good answers. I also use the ecological perspective of the ecocycle to generate a series of helpful questions for organizations and their leaders to address.

This entry was posted in General and tagged ecocycle, Fritz Roethlisberger, key to success, learning goals, performance goals, secret of success. Bookmark the permalink. ← The Battle for Management’s Future Best Books for 2011 Ecological Rationality: Coming Soon to a Website Near You! →