← Lessons from Another Wildfire Tragedy: Nature Bats Last Complexity and the Plexus Institute: The Critical Role of Intuition in Action and Thought →

Changing Behaviour Without Changing Minds: the case of the Stockholm congestion charge 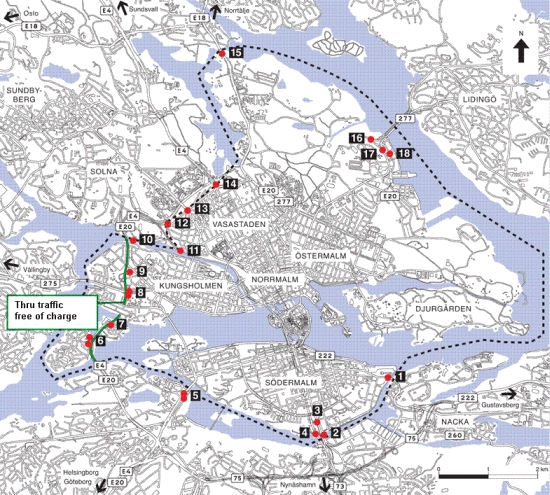 Pioneering management writer, Mary Parker Follett (1868-1933), was one of the first to make the argument that in practices like management we act our way into better ways of thinking rather more easily than the other way around. In 1924 she wrote; “The theory of consent rests on the wholly intellectualist fallacy that thought and action can be separated…on the assumption that we think with our ‘minds’ and we don’t…how often we see cases where we have not been able to persuade people, by our most careful reasoning, to think differently, but later, by giving them the opportunity to enter onto a certain course of action, their ‘minds’ are thereby changed.” (Creative Experience)

I remembered her words when I read about the successful implementation of a traffic congestion charge in Stockholm, Sweden. The idea had been mooted since the early 1990s but without public or political support. After the 2002 elections the Left and Green parties forced the minority Social Democrats to introduce congestion ‘taxing’ (it’s called a tax because in Sweden it is a parliamentary, not a municipal issue) even though there was little public support for it (70% against) and the major newspapers were solidly opposed. Politically it was regarded as “the most expensive and painful way to commit political suicide ever devised”. Nevertheless, buoyed by the initial success of the controversial London congestion charge (introduced in 2003), it was agreed that the full-scale experiment would run for seven months from January 2006. Then a referendum would be held.

The objective of the London scheme had been to keep vehicles out of the core of the city, period. In Stockholm the goal was different – it was to redistribute the traffic over the day and reduce the congestion during the morning and evening peaks. This decision was dictated by the geography of Stockholm, which is built on a series of islands and north-south travel necessitates using routes that transit the core – some residents have no other option. With this in mind, access between 6pm and 6am was free with a variable pricing scheme that peaked at 20 krona (just over $3) in rush hours. One pays every time one accesses the core, with a maximum charge of 60 krona (about $10) per day. 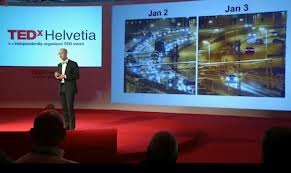 The effects of the congestion charge were visible immediately and the newspaper commentators changed their opinions after a few weeks. After the seven-month trial, the data was in and the results of the congestion tax trial were clear: traffic in the city had dropped by about 20-25% (making a huge difference in congestion because of the power law effects, now reversed), usage of public transport had risen by about 6%, retail sales in the core of the city were actually up and traffic accidents were down. In the subsequent referendum 51.3% approved the continuation of the congestion tax and the system was restarted in mid-2007. A few years later the approval rating had increased to 70% and the sales of “clean” vehicles, which were tax-exempt until 2012, had risen by 27%.

Changing Behaviour Without Changing Our Minds

When investigators studied what had happened to the traffic they found that it had changed in several subtle ways. Of those going to work 24% had switched to transit and 1% had changed their routes. Discretionary trips changed in many different ways and some traffic just “disappeared”. On interviewing people to ask them why and how they had “changed their minds”, more than half of them of them denied changing anything. They felt as though they had been in favour of congestion pricing all along. It turns out that people make driving decisions every day, and the introduction of congestion charges was just another factor that they fed into their decision-making process – many of them felt that they drove the same way as they always had. They had adapted; changing their behaviour without changing their minds! As Jonas Eliasson, Director of the Centre for Transport Studies at Sweden’s Royal Institute of Technology, puts it, “You shouldn’t try to tell people how to adapt, you should just ‘nudge’ them in the right direction.” For a text report see here.)

From a change perspective the Stockholm experience vindicates John Kotter’s see-feel-change process instead of the conventional analyze-think-change sequence. It also reminds one of the central tenets of the positive deviance movement that change is “…not a transfer of knowledge. It’s not about importing best practices from somewhere else. It’s about changing behaviour….you enable people to practice a new behavior, not sit in class learning about it.” Or, as one might put it from an ecological perspective, good design creates the contexts in which ecologically-rational humans are encouraged “to do the right thing.”

One Response to Changing Behaviour Without Changing Minds: the case of the Stockholm congestion charge