← Sweet But Dangerous: The Challenge of Institutional Change The Spring Campaign →

BOOM! – The Perils of Big-Bang Rollouts 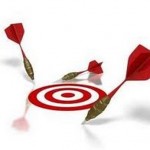 Late last year Target, the Minneapolis-based American discount retail chain, suffered a massive data security breach. Just before the busy Christmas season hackers broke into the corporation’s computer systems and stole information from over 100 million of its credit and debt card users. Fraudulent transactions using that data began almost immediately. It was a public relations disaster for Target, as its holiday sales fell 3-4% over those of the previous year and it was faced with the problem of repairing its security systems and replacing the customers’ cards. But there was a silver lining to this dark cloud: at least the big chain did not have to talk about the disastrous rollout of its Canadian venture, where it is expected to lose $800-$900 million in 2013. It had expected to break even!

Target announced its intention to enter the Canadian market – its first international expansion – in early 2011. It bought the leaseholds of 220 stores of the Canadian retailer, Zellers, which was a low-end discounter that had fallen on hard times. Zellers was founded during the Great Depression, when it had flourished via alliances with the American variety store, W.T. Grant (Grant went bankrupt in 1976) before being acquired by the Hudson’s Bay Company in 1978. Zellers took over the K-Mart operations in Canada but even together they were unable to compete effectively with Wal-mart and other big box retailers. The upshot of the deal was that, instead of being able to do an incremental store-by-store advance into Canada, Target was faced with executing a large-scale “big-bang” rollout in facilities that did not necessarily fit its size and location requirements and in a country where it could not rely on its American supply chain to handle the logistics.

The consequences of this, which even a casual shopper in the stores could see, were catastrophic. Much of the attractive merchandise found in the US stores never made it across the border due to licensing and labeling problems. In Canada there were miles of empty shelves and the prices of the goods on them seemed much higher than those in the US. As a result the Canadian Target stores seem empty and cheerless. Some shoppers say they preferred the old Zellers!

The Perils of Big-Bang Implementations

As the disastrous rollout of Obamacare reminds us, the field of data processing offers many examples of the perils of big bang rollouts. In Learning from the Links I wrote about Oxford Health Plans – it should have been an object lesson for Obamacare! In the early 1990s Oxford was a health maintenance organization (HMO), with an innovative fee-for-service plan that attracted top physicians and a variety of healthcare options that appealed to young, healthy people. The business took off, growing from 105,000 enrollees in 1992 to 1.9 million in 1997; revenues surged from $151 million to $3.0 billion over the same period, an annual compound growth rate of 111%! The total return on a share of stock bought in early 1992 was 2,429%. Oxford was the darling of Wall Street and its founder, Stephen F. Wiggins, was hailed as a wunderkind, making the Forbes list of Corporate America’s Most Powerful People in May 1997. And then it all fell apart.

The seeds of the disaster had been laid much earlier back in 1993, when Oxford had only 217,000 members. HMO computer systems are complex at the best of times – they have to collect premiums from a membership that is continually changing jobs and health plans, while paying claims to a constantly mutating network of healthcare providers. Oxford’s old system was forgiving and fault tolerant, but clunky and slow, and management set out to plan for a new one. Wiggins was a technology enthusiast and he decided that it was to be custom built in-house to accommodate all the flexible options that the company offered to its membership.

This variety had delighted the customers, but it taxed the system designers to the limit, as they tried to accommodate all the choices. The system development costs, which included building a “backbridge” to link the old and new systems, would eventually exceed $100 million. Unfortunately, the new system did not come on line until late in 1996, by which time enrollment had already swelled to 1.5 million. In addition, the new system was exacting, demanding a much higher level of precision in the structure of the data entered. Under the tremendous time pressure, the code of the backbridge had not been tested thoroughly enough, and when it was used it corrupted data as it transferred it. The messy data transferred from the old fault-tolerant system could not be processed in the new, unforgiving environment, and the entire conversion process broke down. The new system rejected thousands of records, exposing Oxford’s systems people to the full complexity of myriad transactions without the use of the hierarchical control and the processing speed provided by the computer! Unable to depend on the basic routines, Oxford’s people found themselves caught between two worlds, a familiar past to which they could not return and a future that didn’t work. Eventually the firm lost over $500 million, wiping out its equity.

Narrow and Deep Not Broad and Shallow – the Ecological Perspective

We rarely see big bang rollouts in nature outside of catastrophes such as earthquakes, volcano eruptions and meteor strikes. Typically we see narrow, deep experimentation, which if successful, then spreads horizontally. See the downloadable animated, narrated slideshow for details:

Roll Down Roll Out Animated and Narrated

In The New Ecology of Leadership I use the positive deviance (PD) movement as an example of the process in action in human systems. PD practitioners either look for existing examples of a desirable change at the grass roots level or they seek to create one there. This allows them to examine the action implications of the change at every level in the system. Once they have got a successful working prototype, they have an “object lesson” where others can come and see what is actually happening from top to bottom. Organizations trying to emulate the change don’t have to implement abstract principles; they can learn from people who every day face the same kinds of challenges that they do.

Sometimes it’s difficult to avoid a big bang implementation. The opportunity to acquire a chain of locations like Zellers does not come every day and Target must have been faced with a choice between doing the deal and going rather more slowly on its own timetable, learning as it went. Executive impatience often tips the balance toward the big bang option, aided by unrealistic estimates of the effort required. If Target had known that the Zellers option came with a $1 Billion price tag in 2013 alone, their decision would probably have been different. Lowe’s, an American big box hardware retailer, took the incremental route in Canada, starting with three stores in 2007 and opening a similar number every year since then. Having learned the ropes and got their processes shaken down, they are now ready to risk something bigger. They recently made a bid for the RONA chain of hardware stores. Although their offer was rebuffed, it’s probably a matter of time before they do that or a similar deal. The resulting large-scale rollout of the Lowe’s brand can then be made with some confidence.

One Response to BOOM! – The Perils of Big-Bang Rollouts