← Down With Descartes! If You Can’t Measure It You Had Better Manage It Why Business Books Still Speak Volumes →

Bloody Ships – Bloody Systems: A Managerial Reflection on the Centenary of the Battle of Jutland 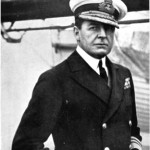 “There seems to be something wrong with our bloody ships today…” remarked Vice Admiral David Beatty to his Flag Captain. Beatty was commander of the Battle Cruiser Fleet at Jutland, and his cool comment belied the scale of the catastrophe. It was 4.26 pm on May 31, 1916 and from the upper bridge of the battle-cruiser Lion he had just seen her sister ship, Queen Mary, disappear in a shattering blast as both main magazines exploded. Twenty minutes earlier another battle-cruiser, the Indefatigable, had vanished in a sheet of smoke and flame and, although Beatty did not know it at the time, the Lion herself had narrowly missed a similar fate only by flooding her Q turret magazine with sea water.

At the Battle of Jutland, the greatest sea battle of all time, the British Navy would lose three battle-cruisers carrying over three thousand men in less than three hours. It was not bad luck, it was bad management: the result of the Navy’s inability to manage a complex system from design through to execution. For the roots of the disaster lay in the design of the ships over a decade earlier. Thus the problem was systemic and Beatty’s puzzled comment represents one of the more dramatic instances of the bewildered reaction of a CEO to symptoms of systemic problems in the field.

Battle-cruisers like the Lion were the pride of the Navy. Known affectionately as the “splendid cats”, they were armed almost as heavily as battleships and could reach speeds of over 27 knots. In the pursuit of speed and firepower, however, protection had to suffer and the battle-cruisers had only thinly-armoured decks. Their speed, their designers thought, would keep them out of trouble. Their thin armour and emphasis on speed created an aura of risk-taking and, not unlike our modern day astronauts, the sailors who served on them enjoyed high status.

The compromises designed into the battle-cruisers were compounded by modifications made to them to accommodate the Navy’s peacetime gunnery practices. Managers usually try to optimize the variables that they can measure most easily, and the Navy was no exception. They had developed a cult of rapid fire, for rate of fire was easily measured and as a “benchmark” it allowed intense gunnery competition among all ships and squadrons in the fleet. In their efforts to feed the guns with charges from the magazines, however, gun crews began to eliminate the anti-flash baffles that slowed the process. At first they left the flash doors open but over time, as word spread about the performance benefits of the practice, some were removed completely. Gunners even stored extra charges in the turrets to feed the guns faster. Protection is hard to test in peacetime and no one realized that the battle-cruisers were now dangerously vulnerable. If a shell were to penetrate the main turret armour, the resulting explosion was likely to flash down the ammunition hoist to the main cordite stores in the magazines below.

The third systemic factor which sealed the fate of the battle-cruisers at Jutland was the way they were deployed. If speed was critical and deck armour thin, then the battle-cruisers would do best in high-speed encounters at relatively close range, where the flat trajectory of enemy fire would encounter their thicker side armour. This was not to be the case. It had been a century since the British Navy had fought its last major sea battle at Trafalgar and Nelsonian initiative was not common among the senior officers. The technology of naval warfare had changed enormously and was largely untested in combat. There was horror of losing a ship and this conservatism was abetted by the recent introduction of the wireless and the organizational centralization that accompanied it. As a result, the battle-cruisers were held in a long range gunnery duel in line of battle, where their speed was of little help and their decks were exposed to plunging projectiles fired on high trajectories. On May 31, 1916 the systems loop had closed and disaster was at hand. Perversely, in their efforts to preserve the battle-cruisers from destruction, their commanders had actually made them more vulnerable to catastrophe.

“War stories” are of interest to managers because they help remind us that failures in complex systems under stress are rarely the result of random chance. The British Navy’s experience with their battle-cruisers at Jutland, like many technical, corporate and political disasters since then, underlines the importance of taking a systemic perspective of organizations and their problems:

When things go wrong, look for systemic causes first before blaming individual components – look for “bad barrels” before “bad apples”. It is all too easy to mistake the symptoms for the disease and in complex systems causes can be located far away in space and time from their effects.

The problem at Jutland was not just with the “bloody ships” – it was with the bloody system. And the system had one cruel twist left. It was to be played out twenty-five years later, almost to the week. 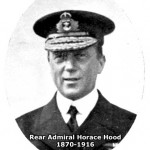 On the Invincible, the third battle-cruiser lost at Jutland, was Rear Admiral Horace Hood. Scion of a famous naval family, his ancestor 1st Viscount Samuel Hood (1724-1816) had been a mentor of Horatio Nelson. Horace Hood had been intelligent, handsome and dashing: to the public he epitomized the ideal British naval officer. It was his loss perhaps more than any other that was felt most keenly by the nation. Thus it seemed only fitting that, in 1918, the largest, fastest battle-cruiser ever built should be named after his ancestor. The Admiralty, however, may have learned little from experience. On May 24th 1941, the Hood attempted to engage the mighty German battleship Bismarck. Hopelessly outmatched, she was destroyed by a shattering explosion after a brief encounter. The Admiralty said it was an “unlucky shell”. But the blast was really a distant, systemic echo of the disaster at Jutland.